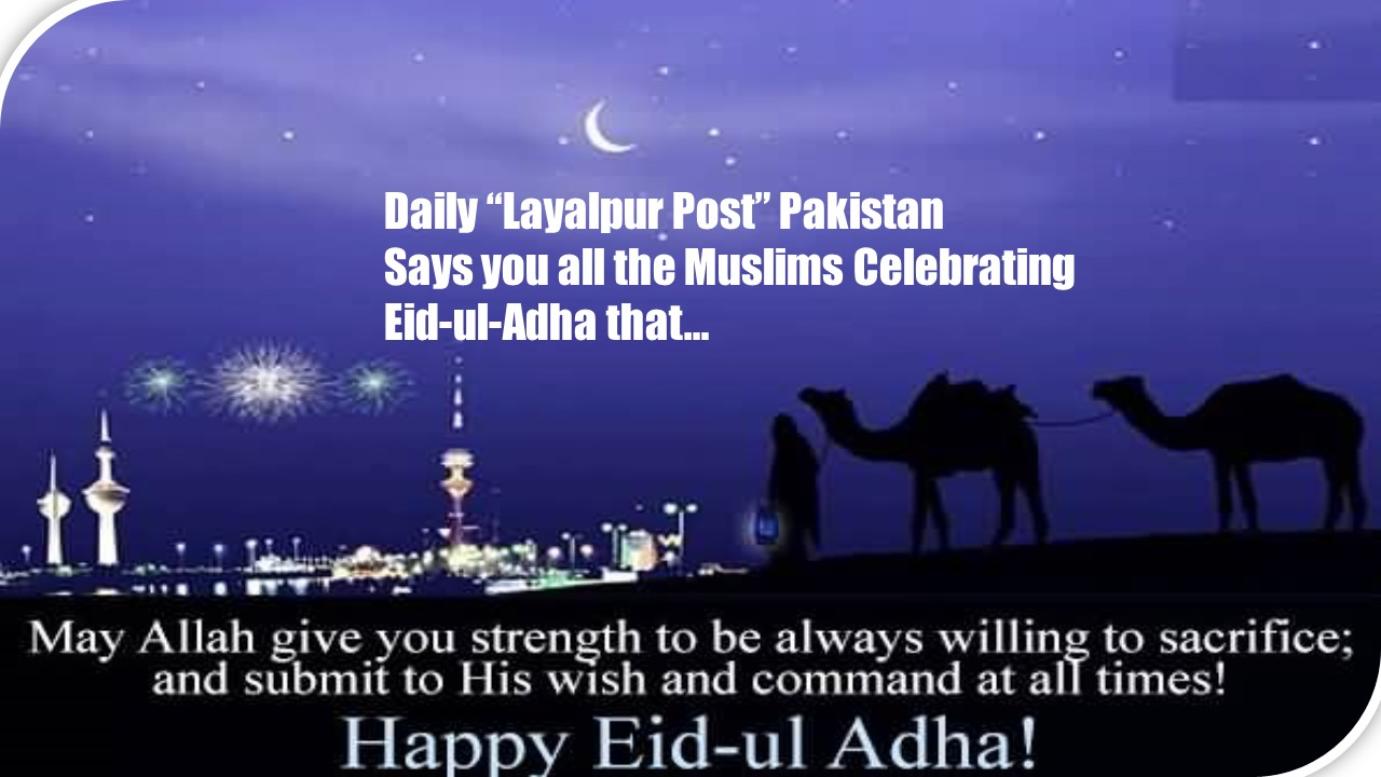 The Punjab was annexed in 1849 by the British East India Company through the Treaty of Lahore after the Second Anglo-Sikh War. In 1849 the Punjab became a province of British India. During the reign of the British Raj, the city Lyallpur was named in honor of Punjab's Lieutenant Governor, Sir James Broadwood Lyall, for his services in the colonization of the lower Chenab Valley. His surname Lyall was joined with "pur" which in old Sanskrit language means city. In the late 1970s, the Government of Pakistan changed the name of the city from Lyallpur to "Faisalabad" (meaning City of Faisal), in honor of King Faisal of Saudi Arabia, who made several financial contributions to Pakistan.

According to the University of Faisalabad, the city of Faisalabad traces its origins to the 18th century when the land was inhabited by a number of tribes living in a forestation environment. It is believed these early settlements belonged to the ancient districts of Jhang and Sandalbar, which included the area between Shahdara to Shorekot and Sangla Hill to Toba Tek Singh.

Sir James Broadwood Lyall Lieutnnat, the 8th Governor of British Indian Punjab (April 2, 1887 - March 5, 1892). Canal colonization in the Punjab Province was started by the British Indian Government. It was settled in two stages, between 1896-98 and 1904-06. Like its two predecessors, it was a small colony, with an allotted area of 103,000 acres. It was irrigated by an extension of the Upper Bari Doab Canal, which watered proprietary lands in Amritsar and Lahore districts. It was with the opening up of Lower Chenab Colony in the Rachna Doab that agricultural colonisation assumed significant importance for the recent history of the Punjab.

This was the largest of the canal colonies, with an allotted area of over two million acres. Colonised between 1892 and 1905, with further extensions in the late 1910s and 1930s, the colony entirely took up the newly-created Lyallpur (now Faisalabad) district carved out of Gujranwala, Jhang and Lahore districts. The colony also extended into other contiguous areas in these three districts. The lower Chenab Canal subdivided into three major networks, those of the Rakh, Jhang and Gugera branches, which were colonised in sequence.

The colony headquarters, Lyallpur, was a completely new town, and in time became an important market centre, overshadowing older towns like Jhang and Chiniot. After 1947, Lyallpur became a major centre for Pakistan's emerging textile industry. By the mid-18th century, the economic and administrative collapse of provinces within the Mughal Empire, from Punjab to Bengal, led to its dissolution. Internal unrest resulted in multiple battles for independence and further deterioration of the region, which then led to formal colonialization as established by the Government of India Act 1858, with direct control under the British Raj from 1858 to 1947.

In 1880, Poham Young C.I.E, a British colonial officer, proposed construction of a new strategic town within the area. His proposal was supported by Sir James Broadwood Lyall, Lt. Governor of Punjab, and the city of Lyall was developed. Young designed the city centre to replicate the design in the Union Jack with eight roads extending from a large clock tower at its epicentre; a design geometrically symbolic of the Cross of Saint Andrew counterchanged with the Cross of Saint Patrick, and Saint George's Cross over all. The eight roads developed into eight separate bazaars (markets) leading to different regions of the Punjab.

In 1892, the newly constructed town with its growing agricultural surplus was added to the British rail network. Construction of the rail link between Wazirabad and Lyallpur was completed in 1895. In 1896, Gujranwala, Jhang and Sahiwal comprising the Tehsils of Lyallpur were under the administrative control of the Jhang District. In 1904, the new district of Lyallpur was formed to include the tehsils of Samundri and Toba Tek Singh with a sub-tehsil at Jaranwala, which later became a full tehsil in itself.

The University of Agriculture, originally the Punjab Agricultural College and Research Institute, Lyallpur, was established in 1906.The Town Committee was upgraded to a Municipal Committee in 1909. Lyallpur grew into an established agricultural tool and grain center built by the British. The 1930s brought industrial growth and market expansion to the textile industry as well as to food processing, grain crushing and chemicals.

The very first name of Faisalabad was Chenab Colony, then Sandalbar, then Lyallpur and currently is Faisalabad. Faisalabad was once part of ancient district of Jhang and Sandalbar, a 50 square kilometres (19 sq mi) part mainly consisted of thick forests and wild tribes. The tract from Shahdara to Shorekot, Sangla Hill to Toba Tek Singh, was traditionally called Sandalbar. Lyallpur, historically,one of the first planned cities within British India. In 1880, a colonial officer called Captain Poham Young proposed a new town, with a design based on the Union Jack, with eight roads radiating from a large clock tower in the centre.

The eight roads developed into eight separate bazaars. The construction of artificial canals allowed the surrounding areas to be irrigated. The town grew rapidly as people were invited with promises of land. In 1896, Lyallpur was given the status of a tehsil of the Jhang District, and its administration was carried on in tents on the old Theh (Mound) of Pucca Mari near Tariqabad. The majestic Clock Tower was constructed out of the funds raised by the Sikh landowners, who collected it at a rate of Rs. 18 per square of land. The fund thus raised was handed over to the Town Committee, which undertook to complete the project.

By 1902 the population of the town exceeded 4,000, including the new sialkoti jutts particularly Bajwas, Kalloos, Cheemas, Chattas & Kashmiriscame to establish the agriculture land of chenaab (Called Chena bar). Houses and shops had been constructed to cater to the ordinary needs of the population. In 1903 it was decided to establish an agricultural college. In 1904 the new district of Lyallpur was constituted, composed of the tehsils of Lyallpur, Samundri and Toba Tek Singh, with a subtehsil at Jaranwala which later became a full tehsil.

By 1906, the district headquarters began to function in Lyallpur and all the bazaars and settlements within the bounds of a ring road were nearing completion. The city began to spread outside the circular road. The Town Committee was upgraded to a Municipal Committee in 1909 and the Deputy Commissioner was appointed as its first chairman. In 1916, the grain market saw its shops surging with customers. In the same year the civil hospital was expanded. With the advent of World War II, there was an increase in political awareness across the city. Revolutionary meetings were held, fiery speeches made, and slogans written on walls.

The First Colonization officer Raja Aurangzeb Khan made sure that no individual in this district owned more than 25 squares (625 acres) of land. The merit or method of allotting the land was to check each individual's hand who was applying for some land, and if the hands showed that individual had worked hard in the past, only then was land given to him, which has led to a district where there aren't any big land owners, as the land has been equally distributed among hard working men and it is their hard work that has led to Faisalabad becoming the third richest district in Pakistan. 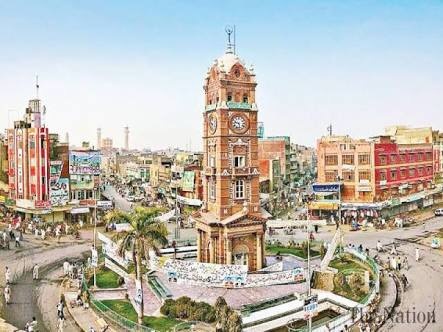 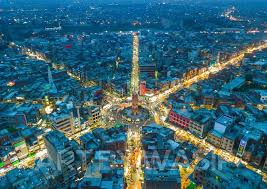 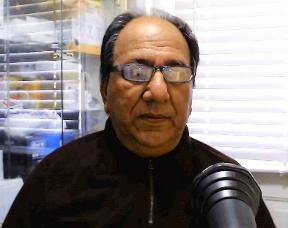